The 'Linux Container' workshop at the ISC 2017 was called:
Linux Container to optimise IT Infrastructure and High-Performance Workloads.

It was held after the International Supercomputing Conference in Frankfurt on June 22nd from 2PM to 6PM at the Marriott Hotel.

Thank you participants and speakers!

The workshop was so packed, we could not even close the doors. 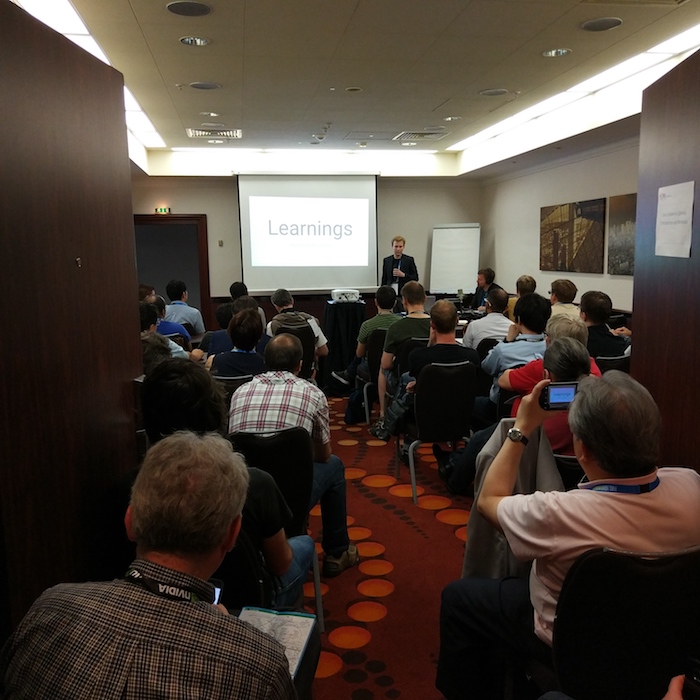 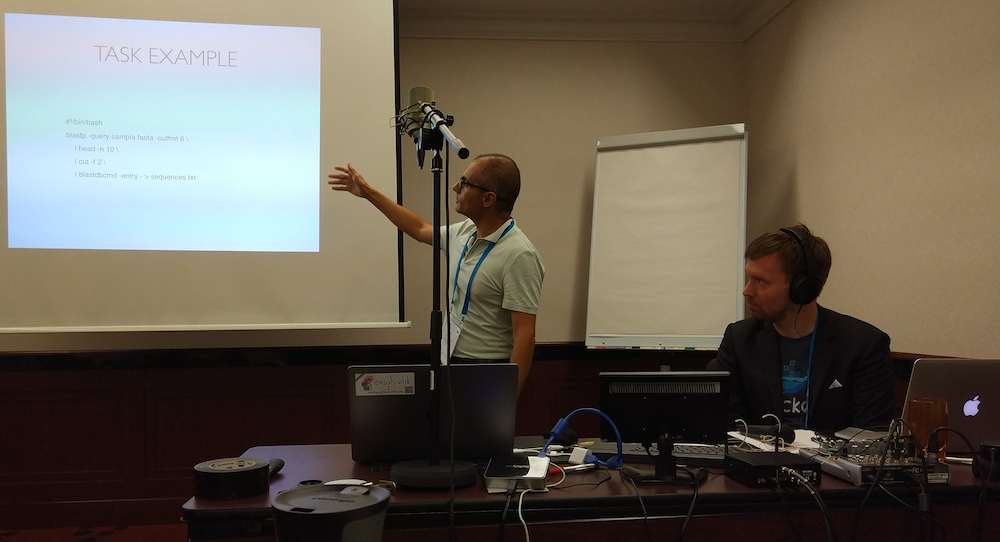 A big thanks to all attendees and the speakers, without whom it would not be possible. If you liked the workshop make sure to spread the word, so that we have a 4th workshop next year.

The initial agenda reads as follows, the agenda is subject to refinements.

Burak Yenier is the CEO of UberCloud. He is a thought-leader and speaks about High Performance Computing, Cloud and Software Containers.
Burak is an expert in large-scale, high availability systems and cloud. As an early SaaS proponent, Burak's management experience spans software development and operations. His most recent role was as the Vice President of Operations of a Silicon Valley SaaS company in banking. Burak built the company's cloud infrastructure and operations from scratch and for scale. He also managed all the data centers and the digital payment operations.
Burak co-founded UberCloud in 2012. UberCloud has developed over 150 case-studies in every conceivable area of engineering simulation. The company publishes award-winning blueprints and best practices in cloud and technical computing. Burak simplifies the lives of engineers with powerful, easy to use compute environments in the Cloud. @BurakYenier https://www.linkedin.com/in/buraky/

Christian Kniep With a 10y journey rooted in the HPC parts of the german automotive industry, Christian started to support CAE applications and VR installations.
After getting bored with the small pieces, he became the InfiniBand go-to-guy while operating a 4000 node crash-test cluster and pivoted to the R&D department of Bulls BXI interconnect. When told at a conference that HPC can not learn anything from the emerging Cloud and BigData companies, he became curious and is now leading the containerization effort at Gaikai Inc. (part of Sony Interactive Entertainment).
Christian likes to explore new emerging trends by containerizing them first and seek application in the nebulous world of DevOps.

Holger Gantikow studied Computer Science at the University of Furtwangen and is working as a Senior Systems Engineer for Science + Computing AG in Tübingen since 2009. In his work, he deals with the complexity of heterogenous systems in CAE computation environments and servers customers utilizing technical and scientific applications. Ever since he started his professional career, virtualization and how it changes IT infrastructures gained his interest. This includes especially cloud management systems like OpenNebula and OpenStack, as well as the recently rediscovered container-based virtualization technology based on Docker.

Michael Bauer is an undergraduate student at the University of Michigan, where he is studying Computer Science & Engineering with a focus on computer architecture. He has spent the last 9 months working at the GSI national laboratory in Darmstadt, Germany, as an experimental systems researcher. For the last several months, he has been a developer of Singularity, an open source container solution designed for HPC.

Paolo Di Tommaso is research software engineer at Center for Genomic Regulation, Spain. He is a 20 years experienced software developer, software architecture designer and advocate of open source software. His main interests are parallel programming, HPC and cloud computing. Paolo is B.Sc. in Computer Science and M.Sc. in Bioinformatics. He is the creator and project leader of the Nextflow workflow framework

Luk Burchard is a Software Engineer at Loodse working on the Kubermatic Container Engine, a Kubernetes automation system. Besides that, he studies Computer Science at TU-Berlin, is a Kubernetes contributor and is passionate about cluster management technologies.

Wolfgang Gentzsch is co-founder & president of the UberCloud Community and Marketplace for engineers and scientists to discover, try, and buy computing power on demand in the cloud. He is also Co-Chairman of the ISC Cloud & Big Data conference series. Wolfgang was Director At-Large of the Board of Directors of the Open Grid Forum, and an advisor to the EU projects DEISA and EUDAT. Before he directed the German D-Grid Initiative, was a professor of computer science at Duke in Durham, NC State in Raleigh, and the University of Applied Sciences in Regensburg, and a visiting scientist at RENCI, the Renaissance Computing Institute at UNC Chapel Hill. Wolfgang was a member of the US President's Council of Advisors for Science and Technology, PCAST, and held leading positions at Sun, MCNC, Gridware, and Genias Software.